Discouraging News on Reading and Math

The National Center for Education Statistics just released the report Mapping State Proficiency Standards Onto the NAEP Scales: Variation and Change in State Standards for Reading and Mathematics, 2005-2009. This report compares the standards that states use in reporting 4th- and 8th- grade reading and mathematics proficiency using NAEP as a common metric.
Here's the gist of the report and why I use the word discouraging in the title of this post.
There is wide variation among state proficiency standards.

Most states’ proficiency standards are at or below NAEP’s definition of Basic performance.
Are you interested in seeing where your state fell in this mix? Here are some graphics of the fourth grade results to help you better understand. Click to enlarge.
Reading 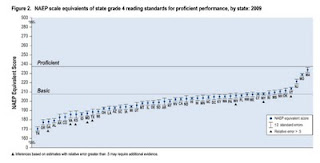 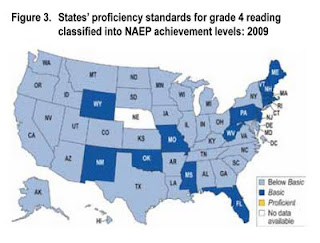 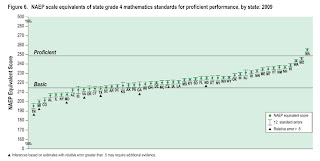 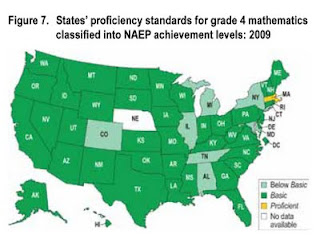