#pb10for10 - Encouraging the Skill of Observation 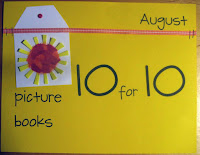 I've spent the last two weeks cleaning my office and weeding my bookshelves. That means I've put my hands on every book and have had some time to think about my offering for the Picture Book 10for10 event.

In February for the Nonfiction 10for10 event, I shared a list of books to inspire future scientists. I'm still thinking about science as I prepare for the upcoming semester and am already selecting the books I will use in those early weeks. This time around I'm focusing on the books I share to teach and encourage the skill of observation. 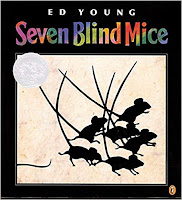 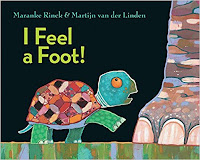 I Feel a Foot!
written by Maranke Rinck and illustrated by Martijn Van Der Linden

Who Done It?,
written and illustrated by Olivier Tallec
(Definitely check out the companions to this title: Who What Where? and Who Was That?) 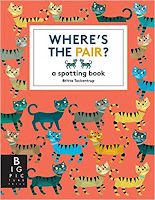 Where's the Pair?: a spotting book,
written and illustrated by Britta Tekentrup
(Tekentrup has SO MANY amazing books in this same format. Don't miss The Odd One Out, One Is Not a Pair, Where Did They Go?, and Where's the Baby?) 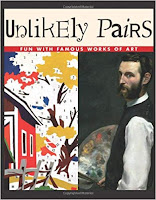 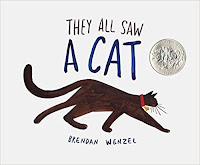 They All Say a Cat,
written and illustrated by Brendan Wenzel 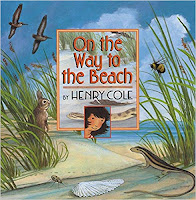 On the Way to the Beach,
written and illustrated by Henry Cole
(Also check out I Took a Walk.) 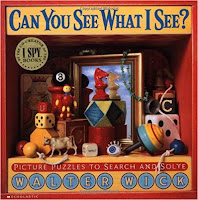 Can You See What I See? Picture Puzzles to Search and Solve,
written and photographed by Walter Wick
(Wick photographed the I Spy books and eventually developed this series of his own, which contains numerous titles.)

I Spy: A Book of Picture Riddles,
with riddles by Jean Marzollo and photographs by Walter Wick
(As you know, there are also many books in this series.) 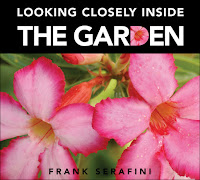 Looking Closely Inside the Garden,
written and photographed by Frank Serafini
(This is part of a series that also includes books for pond, shore, rainforest, forest, and desert.)

I know this is 11 books, and I suppose I cheated a bit by mentioning other related books, but it's so hard to stop at just 10! You can read the lists others have put together at Picture Book 10 for 10.
Posted by Tricia at 9:36 AM