The Importance of Number Sense

I spend a lot of time teaching my students (preservice teachers) about number sense and how to develop this sense in kids. Though there are many naysayers out there, recent research indicates this might not be such a bad approach.

Here is an excerpt from the Washington Post article entitled How One's 'Number Sense' Helps With Mathematics.

Scientists have for the first time established a link between a primitive, intuitive sense of numbers and performance in math classes, a finding that could lead to new ways to help children struggling in school.

A study involving 64 14-year-olds found that the teenagers who did well on a test that measured their "number sense" were much more likely to have gotten good grades in math classes.

"We discovered that a child's ability to quickly estimate how many things are in a group significantly predicts their performance in school mathematics all the way back to kindergarten," said Justin Halberda, an assistant professor of psychological and brain sciences at Johns Hopkins University who led the research, published online yesterday by the Journal Nature. "It was very surprising."

The advance online publication is entitled Individual differences in non-verbal number acuity correlate with maths achievement. This is fascinating stuff. The most impressive piece of this study is the fact that each of the subjects in the study (n=64) was tested annually from kindergarten to sixth grade (ages 5–11) on a battery of standardized and investigator-designed measures. What researchers found was that approximate number system (ANS) acuity of subjects correlated with symbolic maths performance in every year tested (from kindergarten to sixth grade).

If you're not teaching number sense, why not? Now would be a good time to pull out Bruce Goldstone's books Great Estimations and Greater Estimations. You might also want to pay a visit to the Estimatron and see how good your skills in estimating numbers really are. 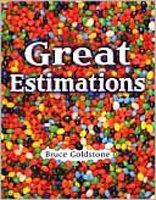 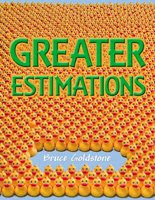