Even though we have been in mainland China for 10 days, it feels like we have seen very little outside of city life. Today we drove to the Stone Forest, an area in Yunnan province that is marked by karst topography. Karst topography is a landscape created by groundwater dissolving sedimentary rock such as limestone. This part of Yunnan province is covered with giant limestone rocks that were once covered by the sea. Over time they have been weathered and eroded in strange and unusual forms. Here are some examples. 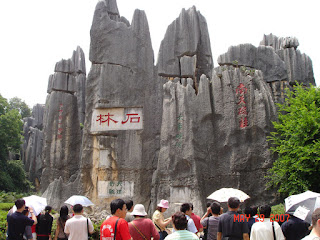 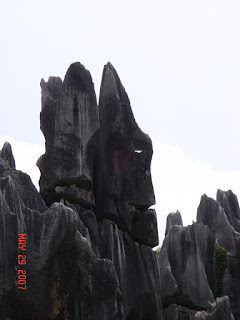 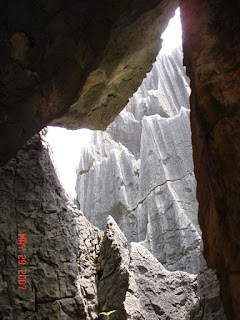 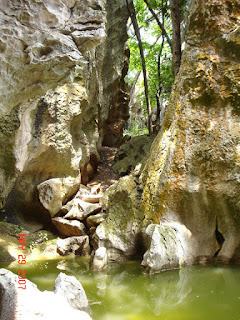 Once we finished our exploration of the forest, we stopped into an art studio where a master was completing painting and works of calligraphy. He created a piece for each of use that represented the year of our birth according to the Chinese zodiac. I am a snake, so the artist wrote characters on my piece that read “The snake is the dragon of the earth.”


After lunch we spent some time walking through a minority village. It was our first real taste of the countryside. 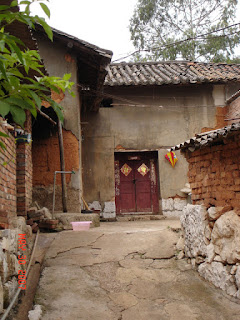 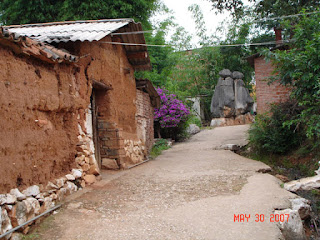 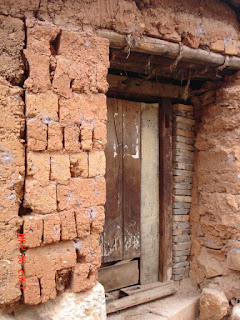 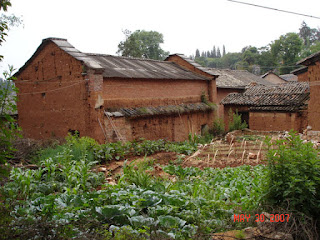 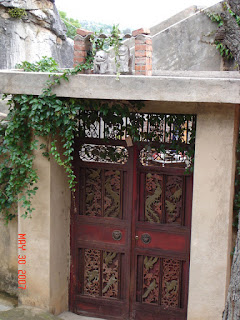 Our first and only full day in Kunming was a good one. Tomorrow we spend the morning at Yunnan University before heading to our final destination, Shanghai.
Posted by Tricia at 8:50 AM