For as much as my son loves science and loves to read about the natural world, he had absolutely no interest in participating in the school science fair. Imagine his dismay when his teacher said it was required. William was not a happy camper. We brainstormed for a a few days and he rejected every idea his father and I threw at him. Finally, he decided that he would turn his love for drawing into his project. Since one of the options was to build a model (no baking soda and vinegar volcano for him!), he began going through his books (and mine!) to see if he could find some inspiration. Well, he did. Say hello to the inspiration. 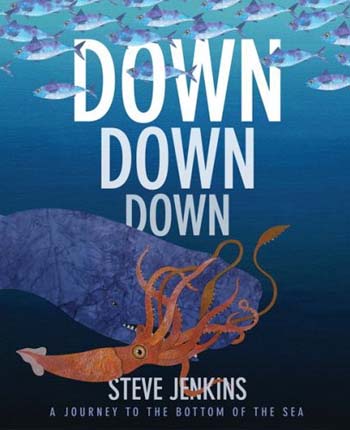 And here is the final project that will be unveiled tomorrow night. 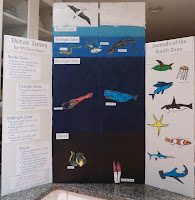 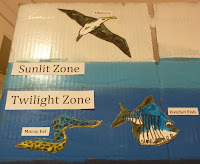 As you can see, he spent quite a bit of time creating the animals for each of the zones. If he hadn't been restricted as to space, I think he would have kept going. He read a number of different books and learned a lot about the oceans. And really, that's all I can ask. He's pretty proud of his work and wants to hang it on his bedroom wall when it's over. As long as I get my book back, I don't think I'll mind.
Posted by Tricia at 8:14 PM