Poetry A-Z: L is for Laudable

Today, L is for late! I was in San Antonio at the National Science Teachers Association Conference (it was fabulous by the way!) and didn't get home until very late last night. I spent today catching up and teaching, so I'm just putting the finishing touches on this post very late.

Now, without further ado, let's get on to today's word.


LAUDABLE - (of an action, idea, or goal) deserving praise and commendation


Poetry books come in all shapes and sizes and cover a wide range of topics. Sometimes it's nice to have some guidance in selecting books. Here are some awards that can help you find books and poets of note.

NCTE Award for Excellence in Poetry for Children
The National Council of Teachers of English was established in 1977 to honor a living American poet for his or her aggregate work for children ages 3–13. The award was given annually until 1982 and every three years until 2009. Currently the award is given every other year. Here is a list of winners. By all means pick up one (or more!) of their books! 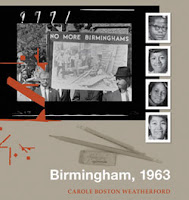 Established in 1993, this award is presented annually to an American poet or anthologist for the most outstanding new book of children's poetry published in the previous calendar year. Over time the award has been administered by the Children's Literature Council of Pennsylvania, Pennsylvania State University, and the Pennsylvania Center for the Book and the University Libraries. The award winners include:
1993 - Ashley Bryan for Sing to the Sun
1994 - Nancy Wood for Spirit Walker
1995 - Douglas Florian for Beast Feast
1996 - Barbara Juster Esbensen for Dance with Me
1997 - David Bouchard for Voices from the Wild
1998 - Kristine O'Connell George for The Great Frog Race and Other Poems
1999 - Angela Johnson for The Other Side
2000 - Naomi Shihab Nye for What Have You Lost?
2001 - Liz Rosenberg for Light-Gathering Poems
2002 - Anna Grossnickle Hines for Pieces: A Year in Poems and Quilts
2003 - Constance Levy for Splash! Poems of Our Watery World
2004 - Stephen Mitchell for The Wishing Bone and Other Poems
2005 - Walter Dean Myers for Here in Harlem
2006 - Joyce Sidman for Song of the Water Boatman & Other Pond Poems
2007 - Walter Dean Myers for Jazz
2008 - Carole Boston Weatherford for Birmingham, 1963
2009 - Helen Frost for Diamond Willow
2010 - Alice Schertle for Button Up!
2011 - C.M. Millen for The Garden of Brother Theophane
2012 - Lee Wardlaw for Won Ton: A Cat Tale Told in Haiku
2013 - Kate Coombs for Water Sings Blue: Ocean Poems

This award was established in 1998 and is given annually by Bank Street College in New York for the best poetry book of the year. This award honors the late Claudia Lewis, a distinguished children's book expert and longtime member of the Bank Street College faculty and Children's Book Committee.
Here's a list of recent winners.

2011 - Guyku: A Year of Haiku for Boys by Bob Raczka and illustrated by Peter H. Reynolds
2010 - Red Sings from the Treetops: A Year in Colors by Joyce Sidman and illustrated by Pamela Zagarenski
2009 - The Surrender Tree: Poems of Cuba's Struggle for Freedom by Margarita Engle
2008 - Two winners!
2007 - No award given
2006 - A Kick In The Head: An Everyday Guide to Poetic Forms, selected by Paul B. Janeczko and illustrated by Chris Raschka

Established in 2006, the Cybils awards are given each year by bloggers for the year's best children's and young adult titles. The Cybils recognize children’s and young adult authors (and illustrators)  whose books combine the highest literary merit and "kid appeal."  Here's a list of the winners. This award publishes a list of finalists, so be sure to check those out as well. 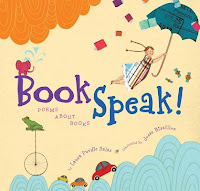 Other Awards
In addition to these poetry awards, poetry books often find their way onto the lists for other major awards. There are too many to mention, but here are a few you should be aware of.


That's it for L. See you tomorrow with some K inspired poetry ponderings.
Posted by Tricia at 12:01 AM